The road trip is a rite of passage for many people throughout the world. This is the most predominant in the United States as there is a vast territory to travel across. The people who take a road trip vary from college friends to families traveling to their favorite theme park.

The times of being lost because one of your passengers is lacking the basic sense of direction are over. A basic smartphone has applications that can make even the worst direction prone people look like a modern day direction genius. There are a plethora of different direction paths that you can take while navigating your trip. This can be specified on the type of highways that you want to take or the pit stops. While on your trip you can modify your route according to the traffic patterns that can make one of these trips drag on.

This isn’t so much for the trip itself but rather where you are going to stop during your trip. Going to the famous restaurants along the way can make your trip even more unforgettable than it was going to be in the first place. You can even go to the places that you have seen on your TV when looking at some artery hardening things that made you salivate while on the couch.

When on a recent trip, I used Groupon to save loads of money while driving. Many people think of Groupon as a way to get deals on their favorite gym or restaurant in their hometown. If you have mapped out your trip, you should look into the Groupon deals in the areas that you are planning to stop. Staying at a hotel for half the price can make your trip cost savvy while staying in a higher quality hotel than you would have originally. This can also get your meals at a fraction of the cost as the restaurants in the area are sure to have deals on Groupon as this has become a great medium for places to advertise.

Looking at this app you might ask yourself why this app is on the road trip list. Angry Birds is a great way to pass the time while you are the passenger. It is also a game that you can play and still have an engaging conversation because it is simple in nature. Other mobile games can help fill the time as many times friends and family simply just run out of things to talk about in a cross-country venture.

There are many different ways to make the most out of your road trip. These apps can also make your trip better and pass by in a fraction of the time than you would think. If in the south Florida area without a car and wanting to go on your first road trip Miami Drivetime is a great place to start. You can get a used car and begin your road excursion in no time! 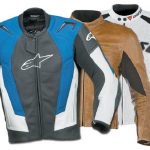 Most trendy Yamaha jackets for bikers 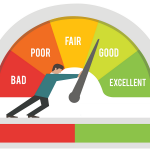 Six Tips for Fixing Your Credit with a Criminal Record