Now that the economy is getting better people are rather quickly returning to the car market as well.  New car sales are up but the used car market is seeing a resurgence as well. To that end buying used can be a tricky affair.  Fortunately we have are used car guide to help you out. Today we look at the best used upscale midsized cars for $30k.

Used 2011 BMW 3 –Series
When it comes to luxury it is hard to beat out BMW and the 3 Series is generally considered one of the best lines in its class.  While it doesn’t offer up as much interior luxury as some of its competitors it more than makes up for with its entertaining drive and athletic handling. Critics loved its powerful, responsive engine and smooth but fast handling. Even better you can get it in a coupe, sedan or hardtop convertible. It also has the added benefit of having a high safety score.  The engines change based on trim level but even the base 328i produces 230hp with options for rear or all-wheel drive. It has a pragmatic and comfortable interior although the back can feel a bit cramped. It also has a low reliability rating. Standard features include rain-sensing windshield wipers and 10 speaker system with auxiliary port.  Plenty of additions include leather seats, sunroof, Bluetooth, parking sensor, navigation and satellite radio. The base engine is a 3.0 liter I6 with 230hp and 18/28mpg.

Used 2011 Volvo S60
These used cars were generally well received when first released on the market. A 2011 redesign added a slickness and style that the series needed. It has an upscale, comfortable material, with plenty of space. The turbocharged engine provides more than enough horsepower that make for a brisk and exciting drive that goes well with the standard feature of all-wheel drive.  The high safety rating means you will be safe driving around town. It does lack the handling of many rivals and with a below average reliability score. It also boasts an impressive array of standard features that include satellite radio, Bluetooth, power driver seat and dual-zone climate control. Upgrades include navigation, heated seat and sunroof.  The engine is a twin-scroll turbocharged 3.0 liter I6 with 300hp and 18/26mpg.

Used 2011 Audi A4
As far as upscale used cars go the A4 makes for a great balance of athleticism and fuel economy. When first released it was credited as being one of the better handling sedans in its class. It is the quickest or nimblest of vehicle but the balance it maintains is unequalled. While there are more powerful cars out there its engine is more than enough to get around town. It has a high-quality interior, plenty of space excellent safety scores. It does have a low reliability rating for its class and the trunk space is somewhat limited. Standard features include powered sunroof, satellite radio and auxiliary jack. Plenty of upgrades include Bluetooth, three zone climate control and heated front seats. 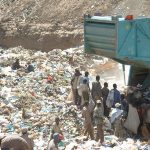