The economic downturn that hit the UK in 2008 caused widespread devastation, not least to the construction industry. In a few short years, the number of people employed in the sector fell from just over 2.5 million to just under 2.25 million – a drop of around 13%. In addition to the declining workforce, an accompanying graduate skills gap has emerged that needs to be addressed as building development resumes apace. 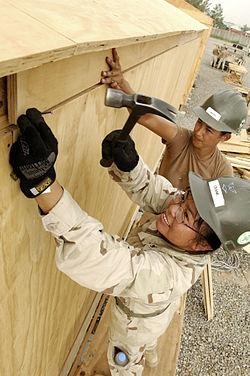 Before the recession, contractors and developers were offering graduate training programmes that paid well and offered good prospects; however, as companies fought for survival, non-essential core services, such as graduate training, were cut.

It is only in the last 18 months that attention has returned to graduate trainees. As the workload increases, companies are recognising the gap in skills as a result of almost five years without new graduate recruits rising through the ranks.

Younger, relatively inexperienced professionals are currently being over-promoted to fill the gaps, with rapid career progression one of the opportunities available to those plugging the skills gap. Many of those who left the industry are reluctant to return after their experiences in 2008, having found new jobs, gone down the more lucrative and flexible freelancing route or even moved overseas.

Some companies are trying to quickly address the problem by throwing money at it and offering inflated salaries; however, in the long term this is not sustainable and will cause unrest among staff as the obvious disparity in earnings becomes known. Companies which produce bespoke tensile fabric structures, have noticed the impact of the recession on the construction industry.

Construction companies developed a reputation for being ruthless and hard-nosed as they fought to cut back on spending. Sub-contractors and suppliers, in addition to younger graduate trainees, were axed. Builders and developers are now suffering the repercussions of their actions.  With so many repercussions happening it is important not to let the quality of work slip onsite, especially when it comes to asbestos in soils and demolition materials. You may need to look at getting a Soil Remediation Service to help with these matters and this can be found at https://soilfix.co.uk/services/soil-groundwater-remediation . Company loyalty was not always recognised or rewarded, with young professionals axed from their posts with very little notice. Many have expressed a desire for a much better work life balance if they return to the industry.

Until the new tranche of graduates works its way through the system, the construction industry will remain more of a buyers’ market. 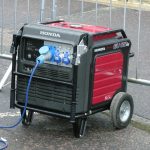 How to use a portable generator safely