Times are changing. We no longer eat the kind of diet that our grandparents did, full of natural foods that our bodies have adapted to over thousands of years. Instead, we feed ourselves with processed junk which offers unrivalled convenience, but at a cost. These microwavable meals and fast food burgers lack the vitamins and minerals that we need to function correctly. Even if you steer clear of the drive-thru, you could still be coming up short, as modern farming methods have stripped the soil of its natural nutrients and so also affected the food we grow in it. And some of the most conscientious eaters of all – vegetarians and vegans – are actually at the greatest risk of one type of vitamin deficiency; that of B12.

How to Tell if Your Levels are Low

Those with low vitamin B12 levels might take their condition for granted. It can be hard to tell whether or not the fatigue you feel is the result of poor diet, or just a lack of sleep or mental exhaustion. This is especially true of the elderly. As we get older, we lose the ability to properly absorb vitamins from our food, with up to a third of older people having substantial problems with B12 absorption in particular. Another group of people that are especially likely to be suffering from a deficiency, as noted above, are those who have a plant-based diet. Because B12 is found only in animal products, it’s only a matter of time before those who avoid meat and dairy become deficient in the chemical. In fact, it is now routine for physicians to instruct vegans to take a B12 supplement on a daily or weekly basis. Regardless of age or your feelings about animal-derived food, if you notice that you lack the energy that you used to have, it might be a good idea to start supplementing with B12 – it’s one of the best vitamins for energy boosting.

Which Sort of Supplement Should I Choose?

Vitamin B12 is one of very few consumer supplements which can be injected. However, this is probably unnecessary unless you have a severe deficiency. For most, an oral supplement will suffice. Bear in mind that the body will not absorb all of the vitamin contained within a pill (likely less than 10%) and that it is perfectly safe to take in far more than the RDA, which is not supposed to represent an upper limit. If you find pills inconvenient or want a more steady stream of energy throughout the day, you could consider transdermal vitamin patches, which have been gaining popularity and which can now be found quite easily. 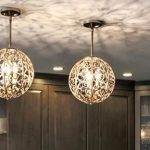 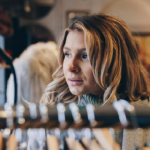 The Top 3 Creative Ways To Draw Attention To Your Store