Designer lighting has become more and more eclectic in today’s world, both because the well-known design houses such as Anthologie Quartett and Masiero have become as much about creating pieces of art as making a light source. And because recent laws passed to phase out the old-fashioned wasteful types of light bulbs have led to designers to embrace a wide range of more flexible and energy efficient alternatives.

If anyone is in any doubt that for some lighting designers it is as much about the form as the function, they should be reminded that it is relatively easy to find chandeliers for sale that come without lights, and are intended merely for visual adornment. Then there is the ‘Rotaliana MultiBook’ which is delightfully camouflaged to look like, as the name suggests, a book with which you can also charge your phone, mp3 player or camera, and yes, you did read that correctly.

Clearly there is a need for any designer to make a statement if they want to gain recognition for their efforts. Most major lighting ‘houses’ have a whole stable of lighting designers working to create cohesive ranges for homes and offices. They will often have signature materials that they generally work with, such as award-winning Spanish firm LZF (formerly Luzifer) who have shown great expertise working exclusively with wood veneer, or Masiero with their fondness for Swarovski crystal and Murano glass.

Some lighting design companies such as Fabbian (usually displaying unerring modernism) veer into Dali-esque surrealism, particularly with their ‘Hungry’ wall lamp which is a charming and amusing work. This puts it firmly in the same philosophical camp as Artemide’s Melissa ceiling light, which is suffused with vaguely-eastern European whimsy.

Some lights work less well from this approach. There can be a sense of trying too hard to be different – being different is fine but ‘trying too hard’ is not. The Bingoingo S suspension lamp fits squarely in this bracket, offering a zinc hook and a bulb on a cable, all for hundreds of pounds.

In the main however, the field of designer lighting does allow all sorts of opportunities for startling artistic expression. The Murano L pendant light, for example, grabs the eye with riotous colour and doesn’t let go, whilst the Artemide Copernico light is all about orbit, as suggestive of the atomic nucleus as it is of the laws of planetary motion.

As Nicolaus Copernicus himself once said “Of all things visible, the highest is the heaven of the fixed stars” and whilst I steal that quote to twist its meaning, I do feel that in the modern era lighting designers are creating their own fixed stars for us to marvel at. 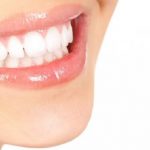 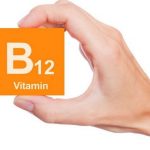 Do You Have Low Vitamin B12 Levels?