The way our towns and cities look has a strong impact on how we live, work and feel about our everyday lives. Nobody wants to live in a dump and so keeping our streets clean is crucial and the responsibility of everyone in society. We all need to put litter in appropriate bins or take it home with us. Smokers need to make sure that they are only disposing of cigarettes in the correct bins and everyone should be aware of the way in which they can report matters to their local council.

You may not have heard about the app called Love Clean Streets! It is the UK’s most used environmental reporting service that anyone can use on their device. It is recommended by Keep Britain Tidy, Keep Wales Tidy and Keep Scotland Beautiful. You can report graffiti, fly-tipping, abandoned cars, dog poo or anything that is blighting an area.

Keep Britain Tidy is a charitable organisation founded in 1960 that concentrates on environmental issues. The campaign gained national coverage during the 1970’s through the use of public information films and high profile campaigning. These campaigns continued throughout the 1980’s supported by famous people such as the Bee gees, Roland Rat, Frank Bruno and Sir Terry Wogan. You may even remember the National Spring Clean Day in 1989 where 2 million people took part alongside The Wombles!

Campaigning is still going strong. 2013 saw a documentary, featuring the organisation, called ‘Our Dirty Nation’ and the 2015 ‘We’re watching you’ adverts about dog fouling are still hard-hitting and were voted as one of the best campaigns of the year by The Guardian newspaper.

Apart from litter and dog mess, birds can also leave a street looking dirty. If you have a pigeon or gull problem in your street or where you work in an inner city area, you will know how awful the droppings look and how they get absolutely everywhere. All over windows, cars, door handles and the floor. They can also be extremely slippery when wet so a health and safety problem to boot. For more information on pigeon control services, visit http://www.vvenv.co.uk/pest-control/by-pest/pigeons/. 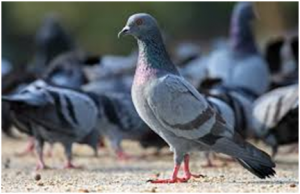 Another app for anyone living or working in our capital city is called Love Clean London and enables people to upload photographs of ‘grime crime’ onto an online map and this informs the local authority that action needs to be taken. There is also a category on the app for people to share their stories of what they have personally done to help keep the city clean. There are tales on there from individuals picking up litter as they see it to whole groups organising a team clean up event.

There are similar initiatives in the United States where Los Angeles experiences eyesores and health hazards daily. For months teams have been removing trash, cleaning off graffiti and clearing up illegally dumped items. City officials are hoping to encourage communities to care about where they live and believe that if an area looks good it will attract new investment, businesses will set up and the economy will improve for everyone in that community. 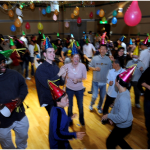 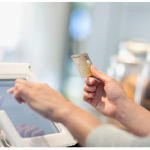