Cloud computing is a disruptive technology that has shaped virtually every industry to some degree. Companies of all shapes and sizes have been benefited from the cloud. However, recent studies have shown that cloud technology has helped small businesses more than their larger counterparts.

There are a number of reasons that small businesses benefit from the cloud.  Here are some ways that they can use it to gain an edge over larger corporations.

Many startups need to store massive amounts of data. However, they can’t afford to purchase several machines to keep it. The cloud has allowed them to store vast amounts of data at very little cost. This is why many small businesses are using cheap windows cloud hosting by ToggleBox.

Many business owners aren’t tech savvy enough to handle the IT problems they face with storing data. Those that do have the necessary experience generally don’t have better ways to spend their time. They also don’t have a huge budget to hire an IT expert to manage everything. Fortunately, the cloud allows them to make it someone else’s problem. David Linthicum, the host of Cloud Computing Podcast, said that more companies are turning to the cloud to avoid these responsibilities.

Many companies are also using the cloud because it is a more secure way to store data. Security is a growing concern for many businesses. They don’t want to have to take the risk that their own systems will be hacked, so they would rather allow a trusted cloud computing company to handle it for them.

Large businesses are using the cloud as well, but it isn’t as instrumental to their success. Large businesses generally have enough resources to store their own data. Many of them only rely on the cloud to backup data, while some small businesses need it to serve all of their data needs. Similarly, most larger companies have the IT staff needed to handle the various administrative issues they face.

Smaller businesses often aren’t held to the same regulations in their early stages. They may not be handling data for government projects or highly confidential information. They may be held to more stringent standards later on, but the cloud gives them an opportunity to grow while they are building their business.

More large corporations are also starting to invest more heavily in cloud computing. A number of them felt the cloud wasn’t necessary because they had their own IT departments in the past. However, they have started to realize the cloud can help them streamline many of their functions. Nevertheless, small businesses will probably still be more reliant on it in the future.

Ways Your Mac’s Security is Different from a PC 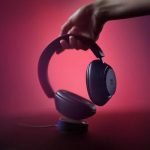