Today the vaccine market brings a profit of around $24 billion to the pharmaceutical industry, but according to the report ‘Global Human Vaccines Market 2016-2020’, which predicts huge growth in this sector, the figure is estimated to reach $64 billion by 2020.

Much of this expansion in profit will be achieved through the production of new vaccines in addition to the expanded production of established vaccines due to the increasing incidence of infectious diseases, particularly in developing countries. New vaccines are made possible in part to the use of Paid Clinical Trials to see how well the drugs perform in a variety of individuals and circumstances. Companies such as https://www.trials4us.co.uk/ongoing-clinical-trials/ carry out these trials and then the results are reported. From here new drugs may become available to the general public. All drugs will follow a similar, very strict procedure before they can be used in mainstream medicine. In some cases this can take a number of years.

To Vaccinate or Not?

The anti-vaccine lobby group considers that vaccinations are linked to autism and have suggested that the drive by doctors and companies to vaccinate children worldwide is purely financially based. This has, however, been somewhat discredited. According to the Economist magazine, the vaccine industry has been historically neglected due to poor margins and old technology, and doctors rarely make any profit out of a vaccination program.

The cost of vaccine production is high due to the rigorous requirements for chemical research and trials that may eventually lead to an ineffective, unsaleable product.

Yet vaccination is promoted by both pharmaceutical companies and by interested authorities world-wide. For example, a suggested list of vaccinations and the timing for administration of these in the UK is given by the NHS.

Profits in the Vaccine Industry

Since the turn of the millennium, the vaccine market has grown substantially in both the developed and undeveloped world, and profits for the most innovative companies have soared. This has been partially due to the introduction of two new vaccines with a huge medical impact: pneumococcal conjugate against meningitis, and the controversial new vaccine for human papillomavirus (HPV).

Corporations exist to make profits, so does this factor alone motivate the pharmaceutical industry? Current profit margins for most vaccines run at between 10% and 40%; these are the highest margins associated with any marketed pharmaceutical drug.

One would hope that some level of altruism motivates the production of vaccines, and there appears to be no doubt that childhood vaccination does save millions of lives a year worldwide.

Can the construction sector graduate skills gap be closed? 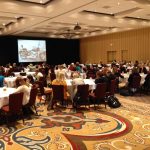 4 things to consider when planning your corporate away day