Everyone likes a happy conclusion of a movie, a book end and, of course, a good game. The people prefer, the typical idyllic outcome, boy saves girl, by the way kills the bad guys and others. For tragedies and sad endings already own lives and daily news.

It is also true that to taste the colors, in my case I always felt predilection for shady arguments and difficult stories featuring flawed characters or tortured, those whose life has not been what they expected or deserved. That afflicted touched and apparently seems weaker but ends up fighting against adversity have always seemed to me much more interesting character. I feel more identified with this model, these stories come to me more because I feel more real and close, contrasting with other accounts of the rainbow and late cotton candy featuring the spunky typical that finally everything goes well. 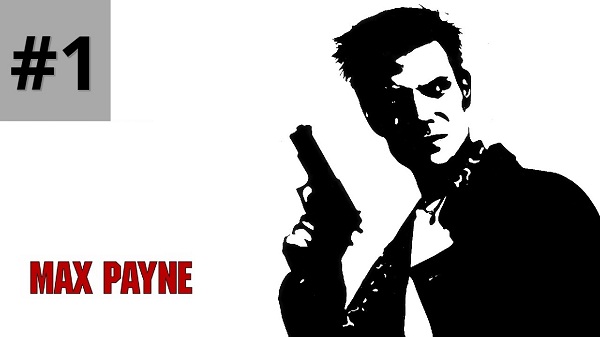 These are the stories of some of these characters, the tribute to their efforts and the hard reality that confronted every day when we lit the console so that we could revive, with them, their tragedies, share their fears, accompany them during their revenge and witness as some of them stayed at the hard way.

Imagine you are a police officer and after a long day of work and under the worst snowstorm in the history of your city, go back to your home to be with your wife and newborn daughter. Tree work besides being dangerous, to be poorly paid and poorly recognized, it may be less suitable to form a stable family. Often it is difficult, even more so if your career begins to lurch by special departments such as narcotics or internal affairs. Create a family under these circumstances and keep costs a lot, get home and discover that some addicted to a new drug called Valkyr have broken into your home killing your wife and a newborn baby is something besides piss you off can fuck your life and if not tell that to Max Payne. Emptying the magazine of his pistol on those Yonkis did not help anything, Michelle and Rose were dead and that print with the policeman who introduced the “bullet time” crying over their bodies was home to one of the most famous black novels video game world .

Condemned to suffer for life, Max decides to investigate who is behind this terrible murder. After discovering the culprits making them pay for what they had done, he returned to his work as a detective but eventually finished outside the body. Thanks to the offer of a former colleague, later travels to Sao Paulo to work in the field of private security, protecting the wife of a wealthy businessman in the city. A task that could also combine with your favorite hobby, ingests daily a bottle of whiskey with the intention of leaving behind the ghosts of the past. In the latter “attempt” to stay afloat, Max did not imagine he would have to cross the hell once again. But sometimes, the protagonist who hit rock bottom seems to find that peace that seeks the light at the end of the tunnel after a hard struggle. That’s what seems to say the final kinematics of Max Payne 3 , with a phrase out of a television at the beach bar where, is Max and says: ” In some places it is cloudy to everyone else … it ‘s sunny”

Few stories have excited me so much in a first person shooter as The Darkness. The story of Jackie Estacado is neither easy nor pleasant, as the name suggests is a dark and Gothic overtones story that at times reminiscent of films like El Cuervo or Spawn,

Jackie is an orphan who grew up in the orphanage Saint Gerald until one day was adopted, or rather recruited by the Mafia Don of New York, Frankie Franchetti, also known as Uncle Paulie. The young orphan began his criminal career in the mafia at a young age; he ended up becoming a murderer and the adoptive nephew Franchetti, but also a person of certain principles. Within its dark world, it had only space for a single lamp, his girlfriend Jenny. They met at the orphanage small, loved, however, Jackie showed Jenny unable to tell what he did for a living.

On the day of his 21st birthday, one of the orders of Uncle Paulie went wrong, things got complicated and Paulie tried to kill Jackie. That same day our hero discovers that he is the bearer of a supernatural power known as “The Darkness”, a curse that has been passed from generation to generation within his family and gives the wearer an incredible power, but in exchange for a high price.

At this part of the story, a little after the beginning, it is when the game makes us contemplate one of those cruel scenes of truth, which are not forgotten, one of the moments that anger has made me feel a video game. Shortly after visiting our girlfriend at home, offering the player a tender uncomfortably warm, Franchetti time in an attempt to catch and subdue Jackie kidnaps, Jenny. Darkness, with the goal of ending any hint of pity Jackie, forces our hero to contemplate, but it can do nothing to prevent it, as Franchetti killer shot in the head at Jenny. Jackie, unable to control the anger and pain end up committing suicide but his story does not end there. Jackie travels to a kingdom of darkness and death, a hell embodied in the image and likeness to the brutal battlefields of the First World War. There talking to one of his ancestors and explains how to get rid of Darkness, a trip to return it back to life and take its long-awaited revenge. After many shots and finally witnessed many executions that unforgettable final where Jackie has a dream in which Jenny appears explaining that only have a few minutes to be with him. His last moments together before Jackie wake up.

You are a former member of the Special Forces, you reach a point in your life and you decide to thrive in your career, take other directions; you aspire to another post more responsibility, apparently calmer and better paid. You work as head of security at Sarif Industries was probably one of the best things that happened to Adam Jensen. Until a bad day an attack on his company leaves him badly injured, and what is worse, seen as terrorists kill the as scientists Sarif and apparently they kill Dr. Megan Reed, his girlfriend.

David Sarif invests heavily in saving his security chief, endowing it with the latest in body implants. Adam wakes up with his new modified body, incorporating numerous increases, something he had always rejected. After recovery and accepting the harsh reality, Adam and David Sarif begin investigating the motive for the brutal attack on his company’s work leading to our protagonist increased to uncover a conspiracy and discover that both Megan and scientists of his company still alive and they are working on a secret high-security facilities.

At the end of Deus Ex: Human Revolution game offers us different endings that the player must choose, facing own ethics and conflict spoken of in the game, and to choose the fate of Adam himself. This time, it is the player who decides how to resolve the end of his story. You can reveal the truth, but you could also bet on the creation of laws and regaining technology. Support companies that create increases, it could push the company to a new era of technological growth without moral limits. Or maybe, once you’ve discovered the whole pie, you prefer to hide everything and jump into the air with the truth, leaving humanity with the task of finding itself its response to social conflicts. That and the memory of a man who always had very clear what he had to do to discover the truth, even if it meant sacrificing his own life.

The story of John Marston possibly one of the best experiences a player can enjoy in this generation, one of those games that have already become a classic, owner also one of the best endings that a video game can provide a player.

After being abandoned by members of his band, this former outlaw looking for redemption decides to leave his old life and start again with his wife and son. However, until forgiveness has a price and when the government agent John Edgar Ross is very soon he realizes the debt will have to pay to achieve your pardon.

Ross entrusts John the task of finding each member of his former band to pay for their crimes, only then get to save his family and find forgiveness before the law for his criminal past. John Marston returned to ride, making everything that had decided to leave behind in order to hunt down his former colleagues, to save his family and start a new life. But fate had other plans for him.

Unlike other protagonists conceited, overloaded spies and trained to kill fulfilling dangerous missions, Sam has always shown the image of the perfect, methodical, achiever soldier and especially more credible. Achieving your goals neat way and unquestionably, even letting us know his role as father in the end of his first deliveries.

But as you said one of the dark angels that are reflected in this article, dreams have a nasty habit of spoiling when you’re not looking. Double Agent brought us one of the darkest installments of the series Splinter Cell, with Sam I fisher completely changed, physically and psychologically, and emotionally affected by the death of his daughter, hit by a drunk driver.

For the first time, Sam acted as a double agent infiltrating a terrorist organization with the aim of disrupting their dangerous plan. A complicated situation, where its allies were becoming their enemies, this delicate position forced Sam to have to make very difficult decisions to gain the trust of both organizations; drastic decisions that affect the success of his mission and that would lead him to different endings depending on the player’s own resolutions. Sam would never be the same after that.

Created in a laboratory and genetically improved to be the perfect murderer, cold, remorseless and 100% effective.

The lethal nature of 47 even hesitated when pulling the trigger when he was commissioned to kill his only friend in the Agency for years, Diana Burnwood when this exposed the agency world’s most important murders. But before she died, Diana asks 47 one last favor, protect a mysterious girl. From there Hitman decided it could no longer be part of the newly reformed agency and its sole purpose became fulfill the last wish of the deceased Diana.

For the first time in the history of the series, we saw in Absolution to 47 a little more defined, slightly sorry for what he had done but at the same time accepting his genetic deadly, which makes it able to fulfill any assignment without hesitation. In this way and very mild way, the more personal side of the famous murderer was uncovered. 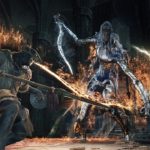