There are a number of reasons behind the decision to challenge a Will, many of which are dependent upon the individual circumstances. It is crucial to bear in mind that a true legal reason is required when contesting, and simply believing the Will is unfair is not a sufficient argument.

Below is a rundown of some of the reasons a Will could legitimately be contested.

If the Will does not reflect the testator’s true wishes

A family member may believe that the Will presented is against the deceased person’s intentions. This could be as a result of the individual being forced or coerced into making changes, or emotionally blackmailed into adding or removing certain individuals. This is certainly a valid reason to contest a Will but needs substantial evidence to prove it, which can at times be somewhat of a challenge to obtain.

On the basis of legal inability

A close family member may contest a Will if the deceased individual is under the age of 18. In this case their Will may be considered invalid as they are legally deemed to be unable to make a reasonable judgement of who to give away their possessions or money to.

However, this particular scenario does not occur very frequently as it is unlikely younger individuals will have many assets or cash to bequeath in a Will. If there are particular possessions to be claimed from a minor’s estate, seeking out help from a solicitor may be advisable.

On the basis of mental inability

A Will is not considered to be valid if the individual is unaware of the ramifications of the decision they are making by delegating their cash and assets. This includes people that are psychologically unstable. A person writing a Will must be of ‘sound mind’ and therefore have full knowledge of the consequences that their Will may have.

If close family, including spouses and children, have not been mentioned within the testator’s Will challenging the Will is an option. This action does not mean the Will is invalid but defers to the rights under the Inheritance Act which gives the Court the ability to ensure that financially dependent parties are given what they are entitled to.

Considerations when wanting to challenge a Will

The cost of pursuing a Will challenge should be considered as the process can be highly expensive and is often time to consume. Costs involved will vary on the basis of the complexity of the claim. For example, some cases may require further investigation and this will lead to higher costs.

There must be a highly justified reason behind contesting a Will for the court to consider the change. This is especially crucial if the Will contains a ‘no contest’ clause which means that if the challenge is lost then the party which brought forth the issue forfeits their share of the estate. 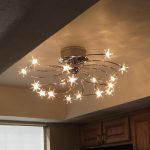 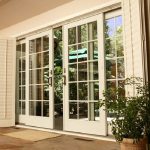 Stylish PVC doors can supply you with home security and decoration