A number of times you have heard the word “Smartphone”, but do you ever think how this device came into existence? In case you’d like to know, this article will help freshen up your perspective. Everyone knows that “Necessity is the Mother of Invention” and this hold true when looking back to the origins of the Smartphone. Just think how far this technology has advanced in the past couple of decades! Let’s see:

I don’t think you need a definition of telephone, so let’s consider its functionality. The telephone was of utmost importance in the dawn of this modern technological age. The reason why is because it made it feasible for the people to enjoy instant conversations, regardless of the distance. It remained in use all the way through the XXth century, until developers started thinking about a device which would allow for communication on the go. Although telephones are still in widespread use in offices and houses, it is a fact that its demand dropped down drastically with the emergence of Cell phone.

Cell phone and the advent of mobile communication

A cell phone is a device that relies on a battery and satellite antennas to allow for mobile communication. When this gadget was first introduced to the market, it was only used for making and receiving calls… what other uses could there be for it? There were only one or two network providers who would charge a substantial fee from both call maker and call receiver. With the increasing demand of cell phones and networks, more companies came in the market and thereby this expensive form of communication soon became less expensive. Nevertheless, we were not satisfied we needed something more special; creative people did brainstorming thus we got feature phone.

When we got bored from a cellphone that allowed us only to enjoy call then we got something more special: the feature phone. This handset brought a lot of interesting features such as messaging, Bluetooth, calculator, organizer, FM Radio and music. Enough memory for the storage of music files and messages was another plus of feature phone. You were soon able to get a wide variety of feature phones by LG, Nokia, Samsung, Sony Ericsson and other manufacturers. However, those who have tried feature phones soon demanded something more interesting and useful. This demand pushed the creative people and R&D department of mobile phone making companies to start thinking about something new… and thus the road was paved to the introduction of the Smartphone.

Finally, we have the smartphone – a device which allows us to make calls but also to enjoy speediest communication, browsing, mobile payments, mobile banking, etc. You can explore a variety of applications and games by tapping on Android market, BlackBerry App World, Microsoft App store and Apple App Store. Now you can expand your social networks by updating your status on linkedIn, Facebook, Twitter, MySpace and other social networks. You are free to use Smartphone for exploring the world in a new manner. One thing is quite certain, you will soon get bored from the smartphone and then creative people will start discovering and exploring something even better to replace it. What could it be, next? If you have an opinion, make sure to share it with us via comments below! 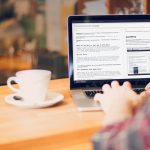 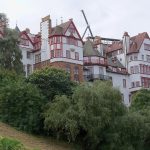