Association for Research of Media presented today at a press conference the results of the 18th Survey of Internet Users, Navigators on the Web, and the study on Internet use has more experience and sample broader market in our country. Their results provide a very accurate picture of how have evolved year after year the most advanced digital trends vision, our way of connecting to the network, how times have changed buying habits and consumption, what have been the most widely used level services online and who have followed the course of Internet users over the last 18 years.

In the current issue, Navigators in Network has collected more than 17,900 to 10,000 valid -in front of the first survey in 1996- answers. The survey was carried out among the most active Internet users who have voluntarily responded to the survey across nearly 200 websites, among which include the most visited in the country. This analysis reveals the habits and views on the Internet and traditionally anticipates many trends that occur in the ‘network of networks’. 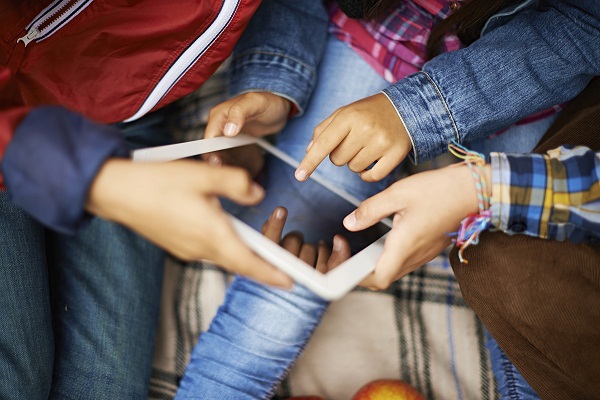 AIMC takes a special interest in the annual update of this study to provide the most comprehensive and updated on new uses developed in Internet responses. Among other topics, this latest edition, whose data were collected from October to December 2015, includes new issues referring to aspects such as:

There is a favorable vote in the elections via the Internet between Navigates surveyed in 2015. A 57.7% of respondents agree, compared with 25.5% who disagree opinion.

Moreover, 78.4% think the Internet has a great capacity to mobilize people. One manifestation representing this fact is that a quarter of the netizen population (29.6%) has “signed” public petitions on the Internet to demand something.

In addition, for the first time in the study, it decreases privacy concerns (32.2%, -3 points) when connecting to the network. It has also reduced the perception of Internet surveillance, although still remains at high levels. From 2013 to 2015, those who feel very or fairly monitored decreased 8.5 percentage points from 53.5% to 46.0% last year. In this sense, although there remains a great concern that companies or governments to control what is done on the Internet, it seems that the level of disquiet is a little lower. 74.2% (against 76.7% in 2014) is concerned in relation to companies. As for what governments can control, similar figures are obtained: 69.3% (compared to 73.3% in 2014).

The “Internet of things” before the domestic sphere that staff

Power have all kinds of devices and accessories Pluggable Internet that allow control different aspects of life and home is something that is not lost on the Navigators and even seems to like it for certain functions. A 57.3% it interesting to have a “smart home” (appliances, heating, security), or a “smart car” (54.6%).

But interest in this phenomenon decreases when asked about the use of more focused on personal use devices in the home, such as the use of an implantable chip for medical (37.4% interest) control bracelets smart to monitor physical activity (29.5%), augmented reality glasses (20.8%) or smart clothing (17.8%).

The mobile is the main access device for 28.7% of respondents and ascends first-second place

If we focus on what the team that Internet users consider most important to connect to the internet, the desktop remains so for almost 37% of Internet users, but lost almost 11 points compared to the figure recorded in 2012. It is followed, cutting distances, mobile phone, considered the main device for 28.7% of respondents (+5.4 points in one year, +18.6 in three), and ranks first second in this ranking.

However, by asking respondents by different computers from which you connect to the Internet (not only because they consider most important), it is observed that the mobile phone is used by 93.9% of Internet users to access The Internet, ahead of the notebook (used by 76.1%) and desktop (71.4%).

Besides being increasingly, those who use the mobile phone to connect to Internet, use it more ( “several times a day” goes from 66.0% to 78.8% over three years), longer (44, 4% use it more than an hour a day, compared to 22.3% in 2012) and more. Compared to the previous edition of the study in 2014, growth is seen in almost all activities performed through the mobile phone that are measured by the study, highlighting the increase in consultations or banking (52.3% of those accessing mobile Internet has done in the last 30 days, +4.0 points in one year, +11.5 in two years) and purchasing (29.4%, +5.4 points compared to 2014).

For these users, it is also very important that the consulted webs have a responsive design: one in four people (25.4%) that access the Internet via the phone is shown inclined to stop using the web if your appearance is not adapted to the format of mobile screens.

The tablet also continues to rise and is used by 59.1% of respondents to connect to the Internet. Fold penetration compared to the figure recorded in 2012, although its use, on average, is less intense. Among those who access the Tablet, those who use “several times a day” decreased from 54.9% to 36.0% over three years, and those entering less than 30 minutes a day using the device increase of 39, 1% to 48.7% in two years.

Television, albeit with lower figures, continues its persistent advance. It is used by 26.1% of the netizen population, almost doubling its use in just two years. In addition, including increasing the frequency of use: 33.2% (+7.8 in two years) use it every day or almost every day. Among the most popular activities performed with this device include the viewing of audiovisual content (84.6%) and surf the web (32.4%).

Other teams who accessed The Internet that deserve to be reviewed are the video game console (14.1%), the portable game console (4.1%) and the smartwatch (3.5%).

Slightly raises the use of social networks

There is a high awareness of the need for prudence in social networks: almost 90% say they should be careful with what is published in them.

The number of people who have paid to watch movies or TV shows online doubles: between those who see this type of content online form, have paid for it 21.1% (compared to 10.8% in 2014 ) perhaps influenced by the entry into force of the new Intellectual Property Law (January 1 2015) and the new penal code (1 July 2015) that punishes with imprisonment those who disclose profit contents copyright on the Internet.

35% of the population uses related to my radio listening

35% of the population uses an application on your mobile or tablet to listen to the radio; especially chains that allow hearing their own emissions, used by almost 23.8% of those who access the Internet through mobile or of the tablet.

Among those who use these applications, more than half (61%), use them, at least, several times a week and 33% almost daily.

As for the reading device, electronic newspapers highlights the computer (desktop, laptop or Netbook) with 77.1%, but suffers a decline of 16.3 percentage points compared to the figure recorded in 2011. In this regard, considerably raises the mobile phone with a 58.1% usage (+23.7 points compared to 2011). The tablet, meanwhile, remains similar to those recorded in 2014 (36%) figures.

The use of instant messaging touches your roof

Internet users who report using instant messaging daily are 57.5%, which is two points below the level recorded in last year’s study when it reached a record high. The software of this type most commonly used is the popular WhatsApp, used by 91.6% of the netizen population (+32,4 points in three years). also, highlight the rise Telegram, reaching 16.8% penetration.

More than half (57.7%) of those who access the Internet via mobile phones have 4G technology into their devices, figure 44 points higher than in 2013. Moreover, it appears that the degree of knowledge about it is high, as only 4.1% of respondents acknowledged not knowing what we mean when we are asked about 4G.

They grow purchases over the Internet

43% of internet users have made some online shopping the week before the interview. In this area highlight the rise of the services provided by individuals agreed by The Internet. a sharp increase in Internet users who have paid for such services in the month preceding the interview (from 19.3% to 31.1% in one year) occurs. It certainly has to do with the development of the collaborative economy, such as renting any accommodation to individuals on websites (9.4% last month) or car sharing with strangers in sharing trip type (3 platforms, 8%).

Related activities showrooming also increase: 35.3% of respondents (+7 points compared to 2013) claims to have seen the features and price of a product in a store and then bought online in the last month. However, it is more the opposite phenomenon, since 43.1% reported having seen the features and price of a product on the Internet to end up buying in a physical store. In addition, approximately one in three respondents used mobile while in a physical store to find evaluations (33.4% + 12.3 points compared to 2013) or compare prices (30.5%, +11.2 points to 2013) of a product that was seeing at the time.

Moreover, the study also reveals that the word of mouth on the Internet is increasingly important. The consultation of opinions of others made on the Web about any product or service increases from 74.1% in 2013 to 80.1% in 2015. They also grow the number of people who report their own opinions on the Internet, from 32, 3% to 40.1% over the same period.

Increased use of QR / BIDI codes

Advertising and speed, the most worrying aspects of Internet

The main obstacle encountered by Internet users at a time to surf the web continues it being “too much publicity” option chosen by 59.4% of respondents, similar to that recorded in 2014. In second, place the figure remains “speed” connection with 51.8%. They have followed closely the connection cost (46.7%) and security (42.1%).

Unrest of respondents regarding virus infections or spyware trending lower, since those who consider it a problem moving from 36.3% in 2013 to 28.2% in 2015. Related to this is the fact that those who have not been affected by these types of malware in the past year have increased from 50.3% to 55.1% in the last two editions of the study.

Also, the little concern of users appreciate about security threats on mobile devices: although 17 points are increased to 2013, only 40% of those entering for the mobile phone have installed an antivirus program on it. In addition, the proportion is similar to the tablet (37.0%). However, the figure rises considerably by asking respondents if they have such programs installed on the personal computer (86.8%).

Google Chrome is the browser preferably used by most Internet users (58.3%), followed by Firefox (21.2%). Third, Internet Explorer along with his successor Edge reaches 8.9%. Very close to him Safari appears, with 7.5% mainly due to its mobile version, which has a 4.8% penetration.

As for email services, Gmail is the most used being chosen by 83.2% of respondents, compared to 53.2% of Hotmail / Outlook.com.

The most common operating system Windows 7 continues to be present in 34.1% of the computers from which the survey was conducted. Followed from afar the new Windows 10 with 18.3% share. Moves up to third place Android system (present in tablets and mobile phones) to 13.0% (compared to 9.6% in 2014, 4.9% in 2013 and 1.6% in 2011). It is also important to note that 5.2% of respondents answered the survey from a computer running iOS (the operating system for iPad and iPhone).

Regarding the operating system of mobile, Android retains the top spot with a market share of 79% among those who access the Internet via mobile phone, ahead of iOS (iPhone), with 16%, and Windows Phone (Microsoft), to 3%. 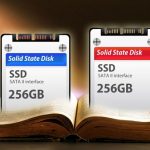 Why choose an SSD for my computer?