The video-games industry has come a long way since the simple arcade games of the 70s and 80s. Now a it’s a billion-dollar industry, and annual sales of video games in 2012 were twice those of cinema tickets.

Forbes has compiled a list of the ten most desirable video-game companies to work for.

These companies employ teams of programmers, graphic designers, animators, writers and many more. The field is highly competitive, with thousands of graduates hoping to be involved in creating the next hit. 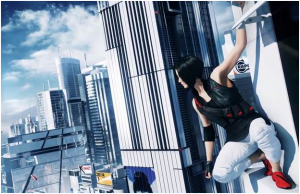 About 30,000 people are employed in the games industry in the UK alone. There are more jobs to be found behind the scenes at external agencies, including Leicester web design and user interface experts such as https://www.pixelutopia.co.uk.

Ubisoft Entertainment is a French multinational video-game developer with its headquarters in Montreuil. The company has an impressive franchise collection, including classics such as Assassin’s Creed 1V: Black Flag, Far Cry 3, Rayman: Legend and the popular Just Dance series

Founded by Todd Howard and Ashley Cheng in 2002, Bethesda Game Studios has brought us some of the most critically acclaimed games of the last decade, including Oblivion, Morrowind, and Fallout 3. This talented team have the ability to create amazing worlds that will transport players to distant lands. Whether it’s slaying dragons in Skyrim or fighting for survival in Fallout 3, millions of players will look fondly back to a time when they were captivated by these unique adventures.

Established in 1994, the Blizzard Entertainment label has fast become one of the most popular and highly respected video-game developers. Early titles included Warcraft: Orcs and Humans, a PC-based strategy game. By 2001, Blizzard had become a major player in the industry with StarCraft and Diablo II. The success of World of Warcraft helped Blizzard to become one of the most successful producers of all time.

EA, the world’s second-largest video-game publisher, recently announced a jump in profits. The company has a portfolio of hugely popular and critically acclaimed blockbuster titles, including The Sims, Plants vs Zombies, Battlefield and Dragon Age. It is also renowned for its realistic sports titles, including FIFA and Madden NFL.

From early arcade games to the top-selling franchises of today, gaming continues be an integral part of our modern lives. The video-game industry continues to go from strength to strength, and new releases from the major companies are hotly anticipated. 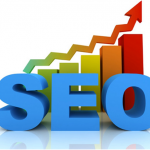 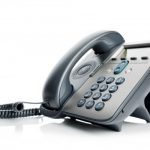 Voice Over IP: What is It, and How Can it Improve Your Business?The traditional phone line is such a staple for communication in most businesses that it likely wouldn’t cross your mind to seek out an alternative – but with hosted telephony options becoming more and more prevalent, it’s becoming clear that you could save yourself a lot of money and hassle by switching. Is this a totally new concept to you? Then take a quick look at our guide to learn more. What is It, and How Can it Improve Your Business? What is Voice Over IP (VOIP)? VOIP stands for Voice Over Internet Protocol, and is essentially a means of voice communication transmitted online rather than over a standard telephone connection. The most well-known example of a VOIP provider is Skype, which allows you to make telephone calls and video calls over the internet. Essentially, you’re using the internet as your telephone, rather than a traditional landline! How is it good for business? There are a number of benefits to using VOIP communication internally, whether you’re a small team or a large company with several offices to connect. Less hardware, less management An in-house telephone system usually requires a lot of initial outlay – you need to set up a private branch exchange to connect your internal systems, as well as installing and maintaining your own hardware to keep the connection up and running. Hosted telephony systems deal with this for you – meaning you don’t need to find space for the equipment, or hire anybody to install and upgrade it for you. It’ll all be set up for you at the point of sale. Flexible If your business has people in different places – perhaps in different offices, or even working from home or on the road – a cloud-based telephony system like the one offered by InTechnology is a great alternative to company phones or a complicated connection system. Connection via a shared online space means that all your colleagues receive the same level of service and reliability, whether they’re in the office or travelling to meet a client. Easy to manage Just as you don’t need to hire anyone to maintain your equipment, you also won’t need specialists on hand when you want to make changes to the system. Your VOIP provider will handle it all for you, as well as making the appropriate security and hardware upgrades when necessary – so you can just log on and be ready to connect with your business in no time!