When you think of the term “Ray-Ban,” you probably conjure images of one of the most iconic fashion brands in history. Ray-Bans have been worn by a wide range of real celebrities and the characters they play. Almost everyone has heard of Ray-Ban in some capacity, but how did the brand manage to become so iconic?

The short answer is, of course, that the glasses have been worn by popular figures since their inception. General Douglas MacArthur was photographed wearing a pair of Ray-Ban Aviators in World War II, which was responsible for the early popularity of the brand. But, it wasn’t just war figures who popularized Ray-Ban. The brand really started taking off when celebrities began donning their own pairs of Ray-Bans.

One of the most important ambassadors of the Ray-Ban brand is arguably the most famous silver screen starlet of all time: Audrey Hepburn. In the iconic film, Breakfast at Tiffany’s, Hepburn looked as cool as a cucumber donning a pair of Ray-Ban Wayfarers. Ray-Ban was already a big hit with the guys. Aviators were the peak of masculinity at the time, but Wayfarers (with Hepburn’s tacit endorsement) became as much a feminine symbol as a little black dress. 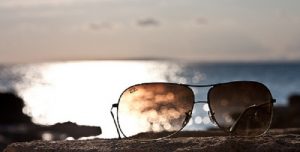 Of course, Wayfarers weren’t entirely in the domain of the feminine. The world’s most famous folk-rocker, Bob Dylan, is also synonymous with his trademark Wayfarer shades. Dylan looked like a mysterious man in black with his shades and he is probably responsible for an outbreak in Wayfarer wearers among the ultra-cool.

Ray-Bans in the 80’s and Beyond

Ray-Bans probably saw their biggest spurt in popularity in the 1980’s. Characters in film classics like The Blues Brothers, Risky Business, and, of course, Top Gun helped popularize the brand and its numerous styles. Ray-Ban also made important appearances in movies like Reservoir Dogs, Men in Black, and many more. Clearly, the brand experienced a sort of Renaissance in the 80’s and 90’s, and many consumers took note.

Although the popularity of Ray-Bans dipped after the 90’s, the brand still remained the utmost in elegance and fashion. It also still made plenty of appearances in movies, like Almost Famous and, more recently, The Dictator.

Perhaps the most important advertisement for Ray-Ban, however, is celebrity endorsement. While many celebrities may not technically “endorse” the brand, they still wear their products. Indeed, you can see numerous celebs in paparazzi photos shielding their eyes from the sun with a pair of stylish Ray-Bans. Whether they use the classic Wayfarer or the more modern Clubmaster, they look undeniably stylish. Celebrities like Orlando Bloom, Beyonce, Drew Barrymore, Kiefer Sutherland, Hugh Jackman, Jessica Alba, and a slew of others have all donned the most famous name in the sunglasses industry.

All in all, Ray-Bans are almost guaranteed to never go out of style. This is especially true when you consider how many celebrities make Ray-Bans look ultra-cool. Of course, Ray-Bans make almost anyone look cool. It’s all a matter of having the money to spend on that kind of style.

Crystal writes a local column in Detroit Michigan relating to fashion and style. Since graduating from Detroit Cooley Law, she has taken a different path and moved into the world of fashion where she writes about everything trendy and celebrity lifestyles. 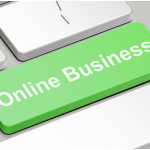 The importance of having an online presence 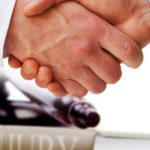