Video recording equipment has become increasingly popular in recent years. Known as a car camera, a drive camera, eyewitness camera or dash cam, they are a small recording device placed on a windscreen or dashboard. They continually record whenever the vehicle is moving. Many people have installed such devices for insurance purposes so if they are ever involved in a Road Traffic Collision, they would have evidence to hand in support of their version of events. These cameras are used highly in China and Russia where insurance fraud is a major issue.

The police have been using this kind of technology for decades now but it is only fairly recently that it has taken off among domestic drivers. Imagine that you are the victim of a road rage incident where a vehicle overtakes you, cuts in front and then proceeds to slam on the brakes meaning you hit them. This would be very difficult to prove were it not for the use of video recording equipment.

Dash cams are also useful for parents who are concerned about a new teen driver and is a way for them to check their child’s driving behaviour, to make sure they are driving with due care and attention and not texting! More and more people are wanting to protect themselves from false allegations, criminal behaviour and the ‘crash for cash’ scams which result in false claims for compensation.

There are also some pretty advanced designs available now including cameras for recording rear views, some with infra-red sensors to record in the dark and systems that turn on and off automatically whenever the ignition is started or switched off. Some feature a parking sensor and others can record while the car is parked which is useful if you’re leaving your car in a high crime area and are concerned about theft or vandalism. For Vehicle Cameras, visit http://www.backwatch.co.uk/. 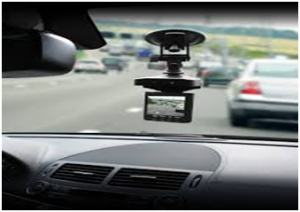 Recorders can be viewed like a black box for your vehicle. They offer great peace of mind for good drivers who want a detailed record of any incident they might possibly and unfortunately be involved in. While insurance companies are not yet offering policy discounts for having a dash cam, using video footage in the event of a claim can help you to avoid a policy increase and will protect your no claims bonus. Insurance claims are notoriously slow to resolve but with the irrefutable evidence of video footage, any doubt or indecision that may have held up proceedings is gone, leaving no delays in your claim being processed and paid.

The other benefit of recording what goes when you drive is that you have the ability to report dangerous drivers to the authorities. Not everyone values safety and respect and you might capture footage of speeding, tailgating, mobile phone use or undertaking for example. Drivers can indeed be prosecuted based on video evidence alone so if you should witness and capture some truly horrendous driving you can do your bit for road safety and make sure they are dealt with appropriately.