Buddha Purnima, also called Vesak or Buddha Jayanti, is a Buddhist festival that honours the birth, enlightenment and death of Gautama Buddha. The day is celebrated in many countries around the world, from Sri Lanka, Tibet and India to Vietnam, Thailand and Indonesia. Buddha Purnima takes place on the first full moon of May, which this year falls on Monday 4th in India.

Buddha Purnima is an official holiday in India, meaning that many businesses are closed. However, the transport systems are largely unaffected, as locals need to travel around in order to join in with the festivities.

Gautama Buddha was a spiritual leader, on whose teachings the Buddhism religion was founded. It is believed that he was born in Lumbini in Nepal. Though his date of birth and death are both unknown, historians date his lifetime between 563-483 BC.

The word ‘Buddha’ means the ‘enlightened one’ or ‘awakened one.’ In Buddhism, Gautama Buddha is often referred to as the Supreme Buddha. Festivals held in honour of Buddha have taken place for centuries; however, Buddha Purnima was made an official celebration only recently in May 1950, during the first conference of the World Fellowship of Buddhists. It was decided during this conference that Buddha’s birthday would be celebrated on the day of the first full moon in May.

During Buddha Purnima, many Buddhists will take a trip to a temple; some will stay there for a couple of hours, while others may spend all day there. Inside many of the temples, monks will hold talks and recite ancient verse to visitors.Sometimes, temples will display a baby Buddha statue in a basin, surrounded with water and decorated with flowers. Guests to the temple are invited to pour more water over the statue, as doing this is said to rid people of bad karma and represent a new, pure beginning.

Sometimes, temples will display a baby Buddha statue in a basin, surrounded with water and decorated with flowers. Guests to the temple are invited to pour more water over the statue, as doing this is said to rid people of bad karma and represent a new, pure beginning.

On the day of Buddha Purnima, and on the run-up to the celebrations, many Buddhists will pay particular attention to Buddha’s teachings. It is common for people to only eat vegetarian food on the day of Buddha Purnima. Caged animals, birds and insects are often set free during the day in what is referred to as the ‘symbolic act of liberation,’ which is carried out to give freedom to the captive and imprisoned. Many Buddhists will also wear white robes and donate food or money to groups which help the sick, aged and poor.

Buddha Purnima is one of the most important days of the year for Buddhists: it is a chance for them to celebrate and honour the leader and creator of their religion. If you have some celebrating of your own to do, why not head down to one of London’s best fine Indian restaurants? The menus there boast flavourful, mouther-watering dishes, perfect for all occasions. 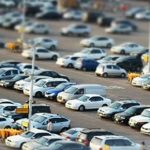