Mac and PC users often debate which system is better. These debates tend to center around the layout and UI each system provides. However, few people talk about the security differences between the two. As a Mac user, you will need to be aware of the unique challenges that you face to guard against them.

Mac users tend to be much more confident with the level of security that their systems provide. ESET conducted a survey and found that about half of respondents felt that PCs were very vulnerable to attacks, while only 20% of Mac users felt the same way.

Unfortunately, this data seems to be more of a representation of people’s brand perceptions than anything else. The truth is that Mac users are hacked just as frequently as PC owners. ESET also found that Mac users tended to lose a lot more money from cyber-attacks. Mac users need to understand the risks and the steps needed to mitigate them.

Unfortunately, many Mac users follow the same precautions as people using PCs. This isn’t usually a good solution because the two systems work very differently. Here are some reasons your Mac is different than a PC and why you need to take different security measures.

Windows 7 has much more advanced security features than the Mac operating system. Chris Wysopal, the CTO of a Massachusetts application security company, said that the Windows system is more likely to be attacked by hackers because it is much more popular. Microsoft has been forced to develop a more advanced operating to thwart them.

Unfortunately, this may give Mac users a false sense of security. Mac machines may be targeted by more hackers in the future if Macs become more popular.

Software Not Tested as Much

Many developers develop software primarily for PCs. They don’t test it nearly as thoroughly for Macs. This means that many third party software programs may have security holes that you should be aware of.

Software programs always have some unexpected bugs the first time they are introduced. The developers need to release patches to address them later on. Unfortunately, Apple isn’t known for dealing with these bugs in the timeliest manner. It didn’t release a patch for its Flashback tool for nearly two months.

Since the MAC OS is very different from Windows, it requires a different security platform. Apple users need to review different malware protection programs to find the best antivirus for Mac. You will need to make it a priority. 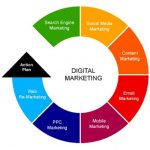 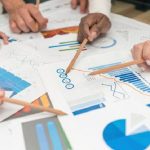