Nativescript is often confused with the term hybrid application. Although there are a few similar functionalities, but the set of differences is too huge. So before we get into those details, let us first understand the basics revolving around this term. Native Script for Mobile App Development Training is a huge topic that would help you learn the best ways to create the native apps using the base of Javascript thereby keeping the process simple. There are a variety of options of Mobile Development classroom training available that you can choose from but nativescript is one of the latest buzz.

Nativescript is basically a library that helps in translating the codes that are written with the help of a virtual machine using the Javascript into machine understandable codes that are compatible to be used with android, ios and windows API and SDK.

Now going back to where we started from, there are a few differences between the hybrid apps and the native apps and these factors majorly contribute in making the nativescript special. Since the list of these factors can get long, here we would only be discussing the two of the most important reasons; first is the input that is given in by the user and the second is the workability of the user interface stack.

Talking about the user interfaces first, these are not created in nativescript as it is the case in the hybrid apps. Since the UI is basically instances that are derived from the widgets and visuals, a lot of time is saved. The next special factor here is the accessibility that is provided by the nativescript to the apps. At the time of runtime, a nativescript would ensure that all the APIs like file system, location, camera, etc. can be accessed. Moreover, since there is a presence of a variety of delegates that are also known as the native handlers, the entire process of the input that is to be given by the users is automatically taken care of?

Although different developers have different approaches and for many this process used by the nativescript might sound a little complicated, it is still a preferable options for a lot of them who are working on special applications having special requirements where this process and workability proves to be completely satisfying.

Talking about the performance, there is no denying that the performance of nativescript is fast, reliable and highly result-oriented. A major reason behind this is the use of Javascript as the base. Although the performance is great, everything comes at a price. So if you are going to include a lot of levels of translations and abstractions, you should know that the process would be lengthy and prove to be an affair that is a little expensive in comparison to the other options available. But if you talk from the user point of view, nothing could be noticed. Moreover, since a lot of research and improvements are already going on, the next versions would surely be better. 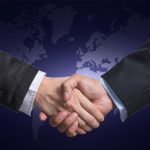 Tips on Selecting the Right Partners for Your Business