The people of Endless OS have just announced the release of version 3.4of the distribution, it is a major update and it focuses mainly on helping users to take advantage of their Internet connection … when they have it .

Endless OS is a distribution oriented mainly to novice users who want to pay the least attention to the installation and configuration process and instead look for something that is ready with all the basic applications they will need. 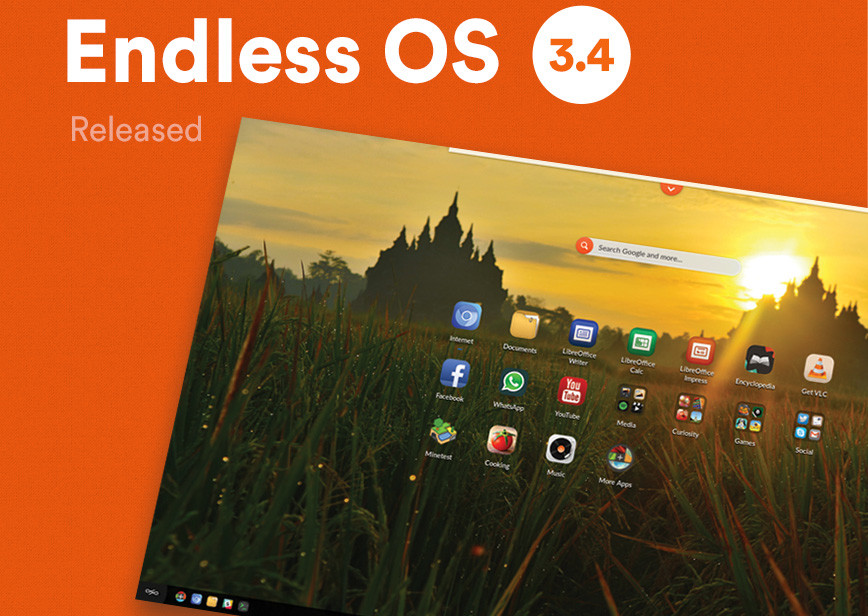 This version in addition to bringing the usual improvements in stability and performance, includes new features designed especially for those who do not always have access to an Internet connection .

For example, the system can be configured to not download app updates or any type of content when a data limit connection is used .

The distro is intelligently designed to know when and how it can depend on the Internet.

Another novelty of the version is that it is already compatible with the new companion app for Android that will be released quickly to the public. An app that will allow you to see content from your computer on any Android device.

Endless OS 3.4 comes with GNOME 3.26, includes the latest version of LibreOffice, and Chromiun is the default browser, one that also has Adblock Plus and several webapps of services such as Facebook, Twitter, WhatsApp, YouTube and Gmail, among others.

Interesting is also that in your download page you can download a basic option or a complete one. The basic ISO weighs only 1.75 GB, which is normal for a modern distro. While the full version can reach 14 GB, this is because they are images that contain a lot of applications, special for users who do not always have an Internet connection when installing the distro on a computer.